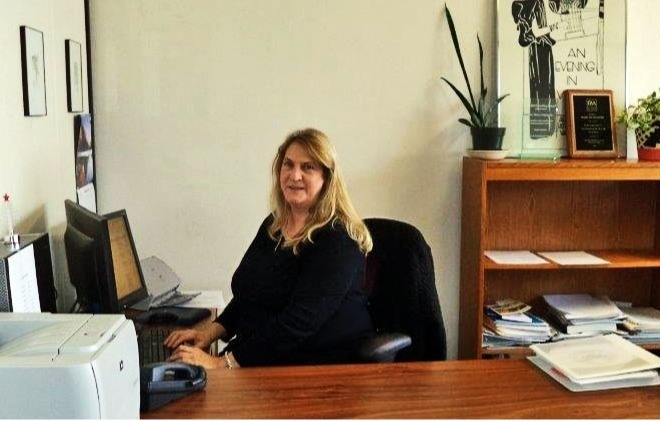 Mary Jo Gleaves has retired from The J. Morey Company, Inc. after 24 years with the company.  Mary Jo’s insurance career began in 1987 when she started looking for a part-time job after having children.  Originally hired as a receptionist at the successful Dornbush-Lewis Insurance Agency in Campbell, California, she soon became a licensed insurance agent serving the personal and commercial needs of clients throughout the Northern California region, and she quickly earned a reputation for going above and beyond for her clients.

In 1997, Mary Jo met one of our agency’s founders, John Morey, who was looking to acquire Dornbush-Lewis with hopes that Mary Jo would stay and work for him.  At the time, The J. Morey Company had established a reputation within the Japanese American community in both Northern and Southern California and was looking to expand operations.  Interested in learning more about the Japanese American community and wanting to continue to help clients, Mary Jo agreed to join the agency.  Her natural leadership skills led her to a management role where she hired and trained new agents to help the agency continue to grow.  It was in this role where she truly learned the value of the agency’s relationships with insurance companies and gained a greater understanding of how the insurance industry operates.

Because of this invaluable knowledge and experience, John Morey asked Mary Jo to join him in helping establish Arrowood Insurance Services, Inc., a wholesale brokerage focused on U.S-based multinational businesses and non-profit organizations.  Today, Arrowood Insurance Services has become a leading wholesale brokerage priding itself on its strong relationships with Japanese insurance carriers and a unique program for Japanese Buddhist temples.  When Arrowood Insurance Services moved operations to Southern California, Mary Jo returned to The J. Morey Company as Vice President of Production and would eventually become Vice President of Underwriting until her retirement in September 2021.  Under her leadership, the underwriting department continued to grow both in size and knowledge and many agents today accredit their success to her guidance.

When asked what she is most proud of during her time in the insurance industry, Mary Jo reflects on the incredible 34-year career she built from a part-time job.  The relationships she formed and the people she met are some of the most meaningful takeaways she has, especially those she established within the Japanese American community.  Working in the heart of San Jose’s Japantown, she was an integral part of establishing The J. Morey Company’s presence and reputation within the community and was not only an active community member but also a friend to many of the businessowners and residents.  The acceptance she felt and trust she gained within the community made her feel as if she had found a place to belong, even though she may have come from a different background.

Her favorite aspect of working at The J. Morey Company was the people.  To her, everyone was always extremely hard-working, but also brought an element of playfulness that made being at the office fun.  In retirement, she is looking forward to taking time for herself and her family, traveling locally, seeing and connecting with friends, and sleeping in.  The company would not be where it is today without her leadership, hard work, and guidance.  She played a key role in its growth and success and will forever remain a part of the heart and soul of the company.